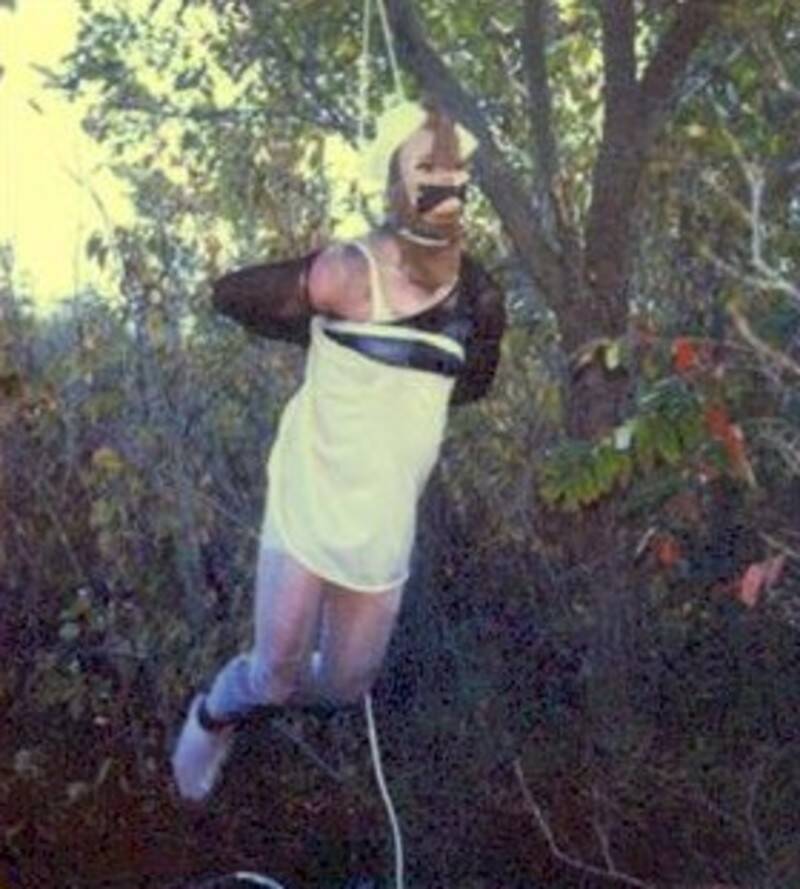 Boy Scout troop leader and church council president Dennis Rader appeared to be a loyal husband and proud father of two. Unbeknownst to anyone, however, he also murdered 10 people in and around Wichita, Kansas between 1974 and 1991. Self-described as the “BTK Killer” for his modus operandi to “Bind,” “Torture,” and “Kill,” Rader was finally captured in 2005. Authorities then discovered his secret stash of bondage photos, like the one shown here, in which he photographed himself in the paraphernalia that he used on some of his victims.