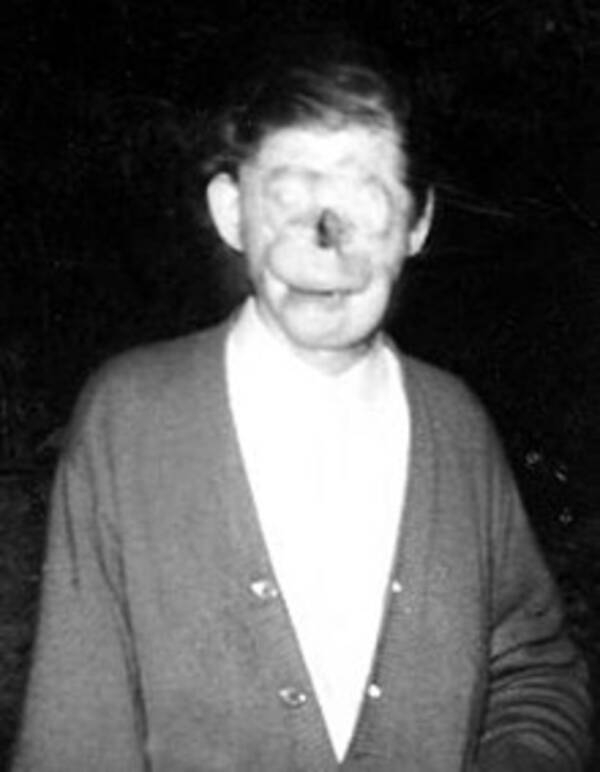 The legend of Charlie No-Face spread among children of 1960s Pennsylvania like wildfire. Otherwise known as The Green Man, this faceless figure was said to roam the roadways at night and glow green as the result of an industrial accident. While the legend was eerie enough, the truth was far scarier — and all the more tragic.

The story begins with eight-year-old Raymond Robinson who, in 1919, accidentally shocked himself with 11,000 volts of electricity, causing his face to all but explode. He survived despite sustaining disfiguring injuries to his face and arms, then became a hermit by day to avoid ridicule over his appearance.